The World Series of Poker and Caesars Entetainment announced today the finalists for induction into the Poker Hall of Fame. The list of ten finalists includes seven returning finalists from 2021, who are joined this time by three newcomers — Josh Arieh, Kathy Liebert, and in his first year of eligibility, Brian Rast.

The complete list of 2022 finalists, in alphabetical order, include these poker luminaries:

The overall list of ten finalists offers significant change from last year’s selection. Eli Elezra was the voters’ choice for enshrinement, while Antonio Esfandiari, while Chris Ferguson, and Ted Forrest did not gather enough support during the initial public-nomination phase to make the final ten this time around. Grospellier, Matusow, Mizrachi, Savage, Scheinberg, and the late Layne Flack return from the list of 2021 finalists, while the famed WSOP TV commentary team of Lon McEachern and Norman Chad makes its second appearance as a PHOF finalist.

As in previous years, plenty of the attention paid to the upcoming election will center on whether either the two industry-side stalwarts among those nominated, famed tournament director Matt Savage and legendary PokerStars co-founder Isai Scheinberg, will at last secure the most votes and win induction. Voting is conducted among the 32 living members of the Poker Hall of Fame. Each voter receives ten votes, which he or she may distribute among the finalists in any way. 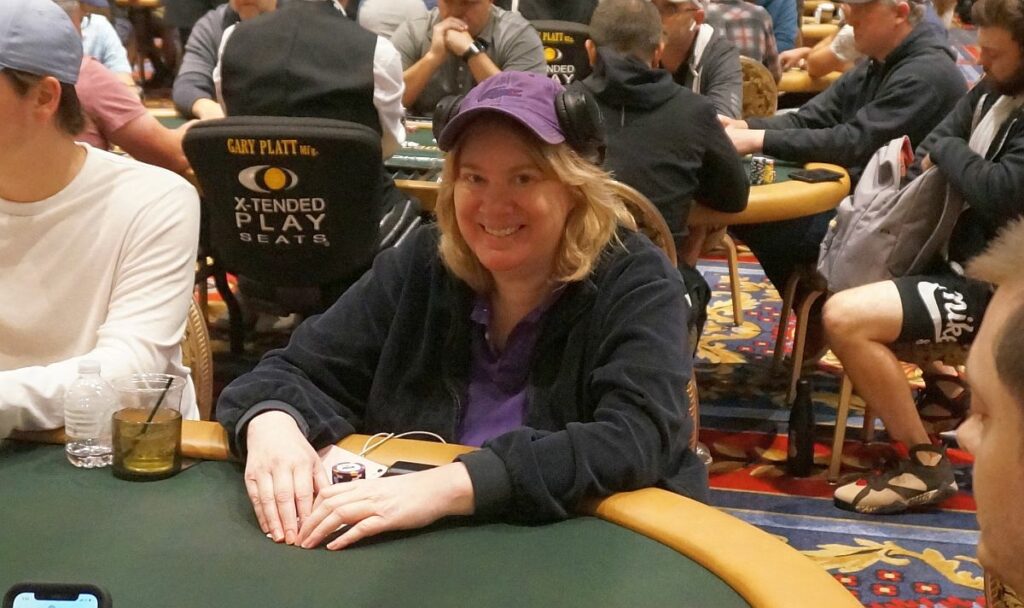 New finalist Liebert was on hand at the WSOP today, playing in the first of two opening-day flights in the Seniors Event. When asked about her reaction at learning of making the final ten, she had a single-word answer: “Shocked!” She then went on to detail how deeply honored she was at being part of such a stellar group of poker luminaries, though she fretted about what might happen if she won enshrinement, since she gets nervous while speaking publicly. When Liebert was elected to the Women in Poker Hall of Fame in 2010, she explained, she managed to rush through her speech in about two minutes.

This year’s single inductee into the Poker Hall of Fame will be announced in roughly two weeks. The newest recipient will be honored during a brief ceremony to be held in the second week of July, during the late stages of the WSOP’s upcoming 2022 Main Event