A new unique storyline has emerged from Michigan, where the winner of WSOP.com MI’s bracelet event on Sunday turned out to be someone who had never before played in a WSOP.com online event. Brett Blackwood, an experienced player from Ypsilanti, had nonetheless never played on the WSOP.com MI site before learning of the Michigan-only online series that’s in progress, paralleling online bracelets being given away in other WSOP.com states.

A handful of hours later, having just downloaded the client and funding his new account, Blackwood captured the bracelet in the $400 June 11 event. Not only was the circumstance unusual enough, but Blackwood’s tale would take an unexpected twist.

As fate would have it, well-known poker media figures Norman Chad and Jesse Fullen were already in Detroit, Michigan, on a mission from God — or at least WSOP Director Ty Stewart — to present a bracelet to an earlier event winner. Chad and Fullen, who served as the videographer on the widely seen WSOP promotional video featuring Chad and Lon McEachern about the WSOP’s new Vegas venue, then learned of Blackwood’s win and the circumstances behind it. It gave the pair an extra task to do in addition to the pair’s frequent travel updates, Chad’s failed attempt to cash in the same online event, and a couple of pictures of Chad in Detroit-themed costumes that may not yet have been made public.

A twist in travel plans

All WSOP online bracelet winners have the option to travel to the live WSOP in Las Vegas to accept their awards in person, and that’s where normal circumstances called for a change. Blackwood was already planning to leave for the WSOP in Vegas anyway, and he was planning to give the bracelet to his father, Jack. So Blackwood asked if he could transfer the travel voucher to his father, and the WSOP agreed.

Both Brett and Jack arrived at the WSOP today just minutes before the 3:00 pm start of today’s $3,000 NLH event. WSOP Vice President and lead tournament director Jack Effel introduced Blackwood to the players, awarded Blackwood his bracelet, and gave Blackwood the honor of calling out the day’s ceremonial “Shuffle Up and Deal!”

A shy Blackwood quickly de-staged himself and fastened the bracelet around father Jack’s wrist, before the two of them posed for a couple of quick photos with Effel and the younger Blackwood found his nearby seat. It’s a reminder that every bracelet has a unique story behind it, and too often, we never learn about those stories. 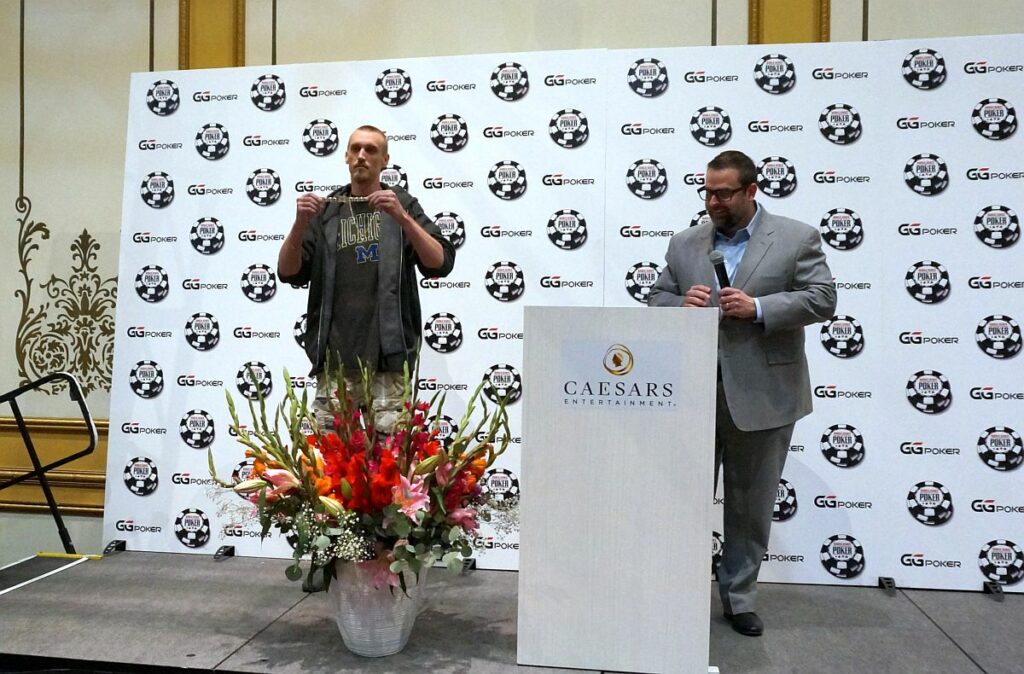 Brett Blackwood holds up his bracelet after it was presented to him by the WSOP’s Jack Effel. 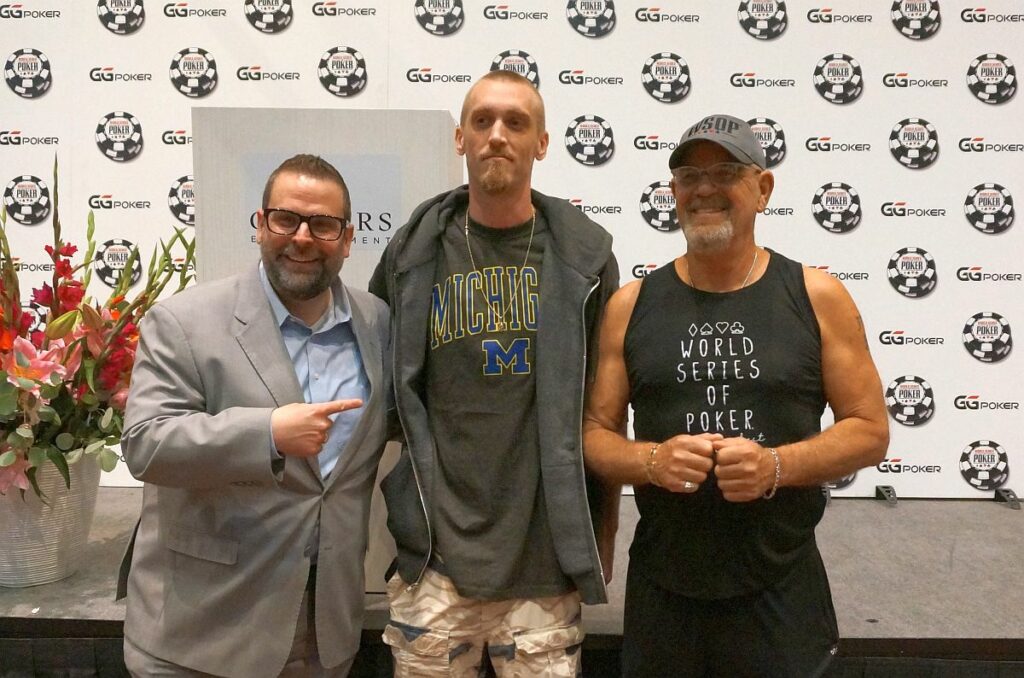