The 2022 WSOP got underway with a bang. The employee’s event and the $100k buy-in event kicked things off on Day 1.

39 players bought into the event and when the rebuys ended there were 46 entries on the table. That put $3,300,500 in the main prize pool with top five players paid. Each player also had a $25,000 bounty on their head which went to whatever player knocked them out.

The win has proved motivational for the pro — as you might expect a cool million in U.S. fiat might.

The WSOP tweeted about his victory, writing, “Make it four! David Peters takes down the $100,000 High Roller Bounty event to earn $1,166,810 and his fourth gold bracelet.”

Phil Ivey was the first player to bust when the final table returned for Day 3 of the event. Ivey earned a min-cash of $249,693 for his seventh-place finish.

Controversially, Ali Imsirovic made the final table. He remains under a cloud following allegations of cheating from Alex Foxen. With Alex Foxen, Bryn Kenney, and Sergi Reixach also in the running on Day 1, a full 10% of the 39 player field was under similar clouds, leading many to question the WSOP’s policy on allowing such players in.

“It’s always nice to beat someone that’s hot,” Peters said of his opponent. Adding as an afterthought: “And someone that is a great player.”

Heads up play was pretty brisk and after just a couple of hands, Kornuth followed Sammartino to the door. 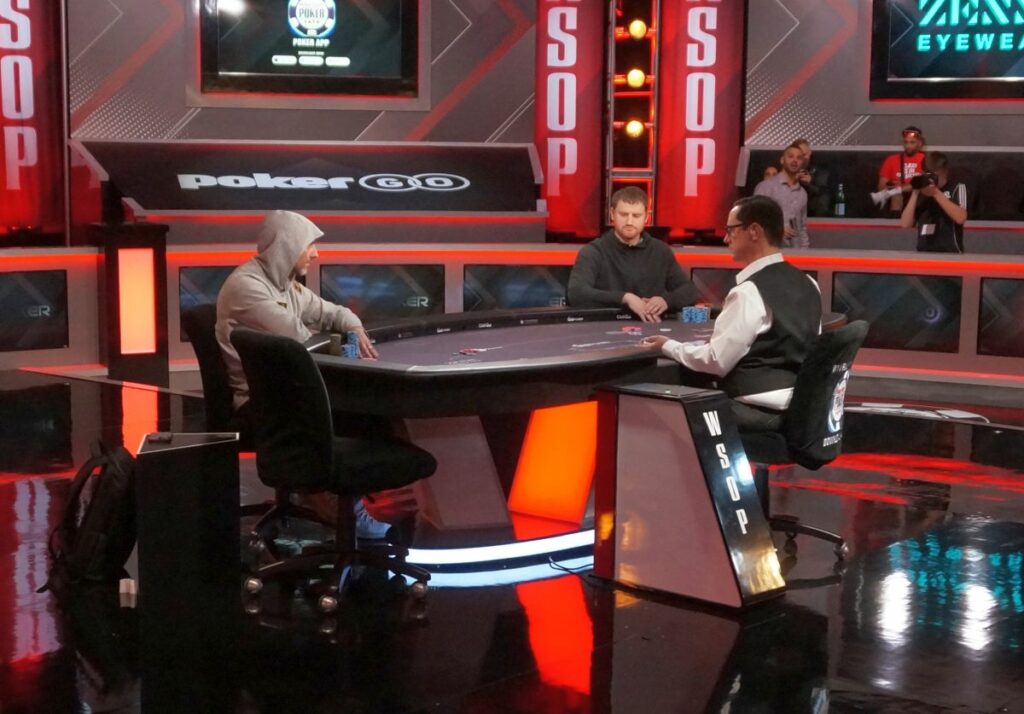