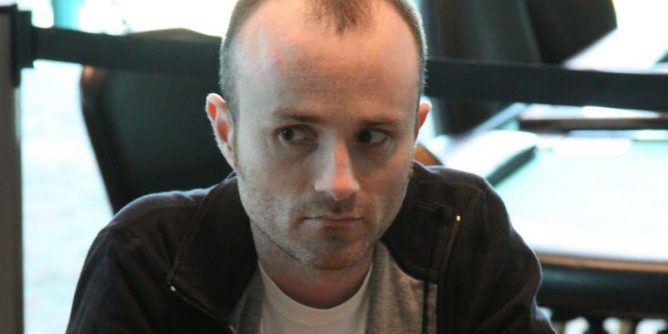 Veteran poker pro Todd Terry, a mainstay of the live and online tournament scene during the late ’00s and early ’10s, has died at age 48 after a long illness. Terry, a Phildelphia native and former resident of Ohio and New Jersey, passed away on Tuesday from frontotemporal dementia (FTD), a progressive and incurable brain disorder that belongs to the family of brain disorders also including Alzheimer’s.

Terry was a practicing lawyer in New York City when his success on the real and virtual felt prompted him to pursue a full-time career as a gambling professional. Terry played with considerable success: his Hendon Mob profile credits him with more than $2.66 million in live tourney winnings, all from 2005 to 2015. The figure still ranks him in the top 800 on THM’s all-time earnings list.

A WSOP Circuit ring winner and a winner of a major WPT Borgata preliminary event, Terry fell just shy of a couple of even larger live triumphs. In 2007, he finished as the runner-up in a WSOP $2,000 no-limit hold’em bracelet event won by William Durkee. Terry’s second-place showing was worth $353,875. Two years later, Terry finished in second place in the 2009 Borgata Winter Open main event, earning a live career-best payday of $434,767.

Terry was perhaps most widely known in the poker world, however, as a knowledgeable and frequent poster on several online poker forums, most notably TwoPlusTwo. Over a decade of activity on the site, Terry posted more than 16,300 times, and he was widely regarded as one of the site’s best contributors.

In response to Harder’s post, prominent pro Jason Koon commented, “This gives me chills. I was walking in Madrid and started thinking of Todd, 3 days ago so I went home and looked up his Twitter and saw his wife tweet his last tweet in 2017 that he was sick, I had no idea. He must of tapped me on the shoulder on his way up to meet Gods. RIP TT.”

The frontotemporal dementia that claimed Terry’s life is not among the most common forms of dementia and related diseases, but it is among the forms most likely to have an early onset, as happened with Terry. In Terry’s obituary, posted by his family and linked to by Harder, the progressive and incurable nature of the disease receives full mention, as do many of Terry’s lifelong accomplishments.

Terry’s family also posted links to medical-research foundations that are working on cures for FTD and related diseases. “In his memory, please consider a donation to: 1) Brain Support Network, https://www.brainsupportnetwork.org/donate/#cc 2) Association for Frontotemporal Degeneration, https://www.theaftd.org/support-aftds-mission/,” the family offered.