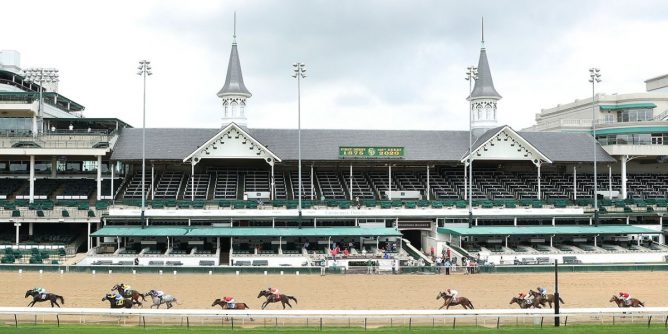 A bill that would have legalized online poker in Kentucky in addition to other forms of gambling has died in a state Senate committee after failing to be brought up for a committee vote on Thursday, the final day for new measures to be considered.

Kentucky House Bill 606 expired without action in the Kentucky Senate’s Committee on Economic Development, Tourism, & Labor. Besides online poker and sports betting, the bill also would have legalized daily fantasy sports. The bill had been favored over a somewhat parallel Senate measure, SB 213, which had been introduced by State Senator David Yates (R).

HB 606 was introduced by Louisville-based State Representative Adam Koenig (R) in late February. On March 18, HB 606 passed a full House vote by a 58-30 margin. The bill moved through two other Senate committees before landing in Economic Development, Tourism, & Labor, where it failed to garner significant support while becoming mired in an end-of-session crush of bills up for consideration.

Two related bills also expired without even reaching the floor of the Kentucky Senate for a full discussion or vote. HB 609 was a problem-gambling measure that would have been funded with $50 million, to have been taken from the $300 million Kentucky received in a settlement with PokerStars for Stars’ activity in the state from 2006-2011. The other bill, HB 610, was a technical measure providing added definitions and additional regulatory framework for the gambling forms that would have been authorized under HB 606.

A local Kentucky outlet referenced HB 606’s primary sponsor, Koenig, as expressing optimism that the bill’s driving element, the legalization of sports betting, would carry the bill through the committee challenges. Instead according to WFPL.org, HB 606 foundered in the face of opposition from many of the Senate committee’s more conservative and anti-gambling members.

The late-session path the bill faced also precluded the possibility of carving the online poker away from the rest of the bill, which would have been fatal to online poker’s current chances in Kentucky but might have improved the chances of a sports-betting bill’s passage.

Instead, the supporters of gambling expansion in Kentucky will have to refocus on 2023 for legislative approval, if not 2024. Senate Majority Floor Leader Damon Thayer believes 2023 will be the year for a bill like HB 606 to pass. “Now of course at the end of the session there are items that didn’t make it,” Thayer told WFPL “I’m personally disappointed that we were unable to pass sports betting. We just don’t have the votes. I think that will change by next year.”