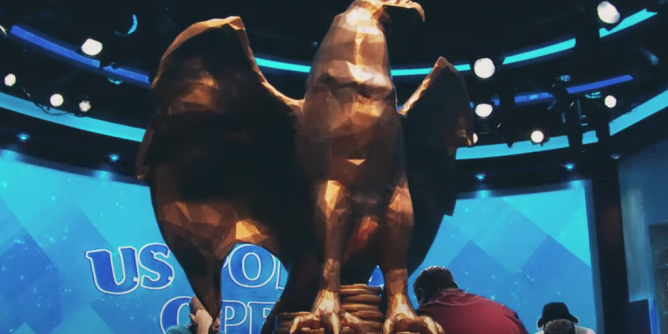 Players who cash in these events will win points towards the PokerGO Tour leaderboard. The player who accrues the largest number of leaderboard points over the course of the USPO series will be crowned the USPO Champion.

As well as a $50,000 cash prize, this Champion will also receive an ugly but prestigious trophy — a gold-painted eagle.

Players who want to lift the eagle trophy will have to perform well in a range of games. This series is a real test of all round poker skill. While more than half of the games are no-limit hold’em, there are also three pot-limit Omaha events, a big bet mix (NLH, PLO, and PLO8), and an 8-game mix.

Each event will take two days and feature 40 minute blind levels and a 30-second shot clock. Players also start with six tokens for 30 second time extensions. The final event (Event #12: $50,000 No-Limit Hold’em) will switch to 60-minute blind levels after level 7, when registration closes for all events.

Daniel Negreanu will be playing every event. He has recently had real turnaround in his poker career. After failing to close a tournament for several years, he is back on top with a run of tournament wins in the last few months.

He’s hoping that the USPO will be the next notch on his walking stick.

“U.S. Poker Open is around the corner,” Tweeted Negreanu. “You can watch all the final tables on PokerGo I want that bald eagle trophy so you will see me playing them all.”

All twelve of the final tables will be streamed on PokerGO.

US Poker Open is around the corner. You can watch all the final tables on PokerGo

I want that bald eagle trophy so you will see me playing them all.