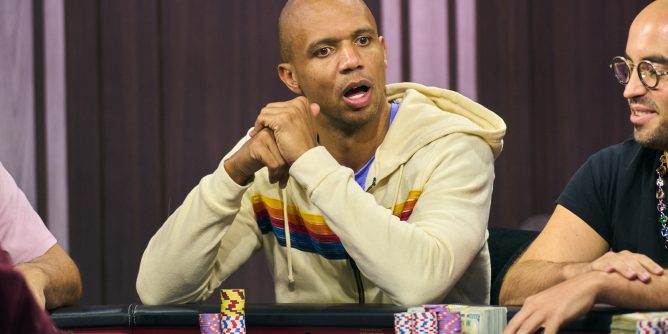 The recent super high roller events in Cyprus have gone well for Phil Ivey. The ten-time World Series of Poker bracelet winner has won two events and made another three final tables.

One person who is not celebrating Ivey’s success is Ali Imsirovic, the defending PGT champion and current top seed on the leaderboard.

Although Ivey has been grabbing headlines, Imsirovic deserves a ton of praise for his post-COVID play. While Ivey has played a few tiny-field, very-high stakes events this year, Imsirovic has been putting in the grind resulting in 16 cashes. Four of those cashes, Imsirovic converted into a win.

Without having cashed in a qualifying tournament outside of Cyprus, Ivey has leaped to second place in the PokerGO Tour standings. Ivey had five cashes in this year’s PGT, and he won two of them.

This was good enough to put Ivey at number two with 1,725 leaderboard points to Imsirovic’s 1,839. Isaac Kempton trails with 1,375 points in third place and just three cashes, no wins.

Ivey has now won $2,880,100 during the recent stretch and has a commanding lead atop the Super High Roller Series Europe leaderboard.https://t.co/NPQO3NfCEF

The Super High Roller Bowl Europe and the Triton Special Edition Cyprus have been running together at the Merit Hotel and Casino in Cyprus. The Special Edition tournaments were added after COVID restrictions caused Triton to postpone its planned Bali event.

The dense selection of high-stakes events seems to have lured in the sharks though. This is the most active we’ve seen Ivey since the pandemic started. He came out of the woodwork for High Stakes Poker and more recently for Hustler Casino Live.

However, on the tournament front, he’s only made a handful of showings (including a win at the WPT Heads Up Championship last year). He even skipped the 2021 WSOP.

These last two weeks have been enough to prompt Ivey’s friend Daniel Negreanu to declare him “back”:

“Y’all hear me when I said Phil Ivey is back? The GOAT returns with 5 final tables this week and two wins. I’ve played against almost all the top players in the world. No better all-round player than Ivey IMO.”

With the PGT leaderboard to motivate him and the 2022 WSOP coming up, hopefully, we’ll be seeing a lot more of Ivey at the tables in the coming months.

Y’all hear me when I said Phil Ivey is back?

The GOAT returns with 5 final tables this week and two wins.

I’ve played against most all the top players in the world.

No better all around player than Ivey IMO.