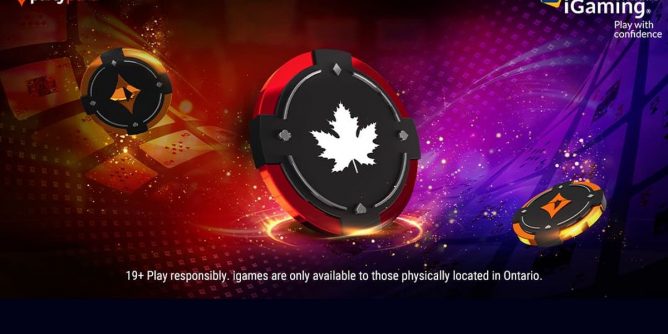 Ontario’s newly opened, province-regulated online-poker regime is quickly taking shape, with partypoker the latest operator to confirm it has launched and is open to real-money play. Partypoker has announced that it has completed its registration process with the Alcohol and Gaming Commission of Ontario (AGCO) and the online-gaming regulator, iGaming Ontario, and became available on Tuesday.

Previously existing and new partypoker players alike are able to play at party’s new ring-fenced site, at on.partypoker.ca. partypoker joins Party Casino and Party Sports in being approved by Ontario’s regulators and now being available for the province’s of-age residents to play.

“I am truly excited that all three of our Party brands are entering the Ontario market,“ said Vic Walia, Managing Director of Party Brands. “Both recreational and professional players living in Ontario will be able to experience a world class gaming product across poker, casino and sports. As a Canadian and Toronto native myself, I am particularly proud of this moment in our company’s history.”

Partypoker has also issued a FAQ (Frequently Asked Questions) geared toward its existing players who may have questions about the move to the Ontario-only platform. Partypoker’s existing players have been migrated automatically to the new platform and must consent to new terms and conditions before resuming play.

For example, earned rewards on the party sites before the Ontario approval, including free spins, bets and bonuses will convert to cash. In another wrinkle, all balances on the new site will now be denominated in Canadian dollars, rather than American ones as used on party’s global dot-com site.

Game variety will continue to include many partypoker staples. According to a partypoker statement about the Ontario regulated launch, “The collection of poker games available includes a tournament schedule that will feature partypoker’s renowned Daily Legends and Super Sunday tournaments. Players will also be able to play cash games, fastforward games, SPINS and sit and gos.”

Meanwhile, fellow Entain brands bwin and BetMGM have also launched for live play in Ontario, and since they use an in-common software platform, the three brands have been approved to operate as a three-skin network serving the province. bwin has gone live in Ontario in conjunction with party, while BetMGM was the first online-poker site to go live in Ontario, debuting last Tuesday.