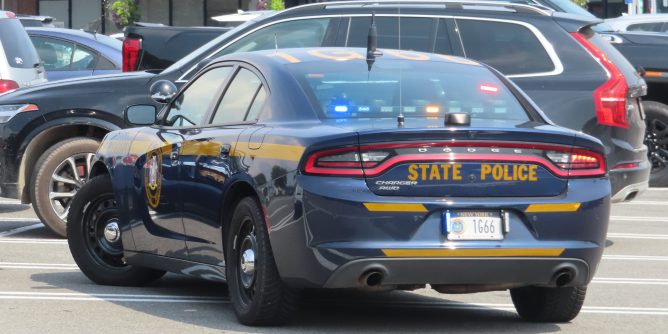 29-year-old Irene Spantopanagos died of stab wounds inflicted on Saturday, March 12, 2022. She was attacked in her home in North Massapequa, New York State. Her killer, according to the police, was a New Jersey poker player with whom she may have been in a relationship. Spantopanago leaves behind a one-year-old child together called Alessia.

The alleged perpetrator, Vincent Maiolica, appears to have come home and killed Spantopanagos and injured a second victim.

The second victim — whose name has been kept out of the initial police reports by the Nassau County Police Department — is said to be a 22-year-old woman. This second victim has survived.

Police report that Maiolica was found on-site with self-inflicted wounds. As a result, the incident is being treated as a murder-suicide.

Paramedics administered aid to all three people on-site before taking them to the hospital. All three were alive at that time.

However, Spantopanagos died the following day. Maiolica held out until Monday, when he passed. The second victim survived the ordeal.

Maiolica is not the first poker player to be involved in a crime like this. Austrian poker Twitch-streamer Mario Zwanzleitner perpetrated an eerily similar crime. He bludgeoned his to stab his girlfriend to death before killing himself with a knife.

The local community has banded together to raise $73,000 and counting through GoFundMe to cover the costs of medical care and interment, and to support Spantopanagos’s child. The initial goal was set to $50,000 but has been raised to $100,000.

The organizer of the GoFundMe campaign, Areti Vlachos wrote: “Irene’s pure heart and personality touched all who were fortunate enough to know her. Thank you for the love and support you have shown to our family during this horrific time. We appreciate all the love and support that has been given to us. Please pray for all of Irene’s family and friends and especially for her baby girl.”

If you want to assist, you can find the campaign on GoFundMe.