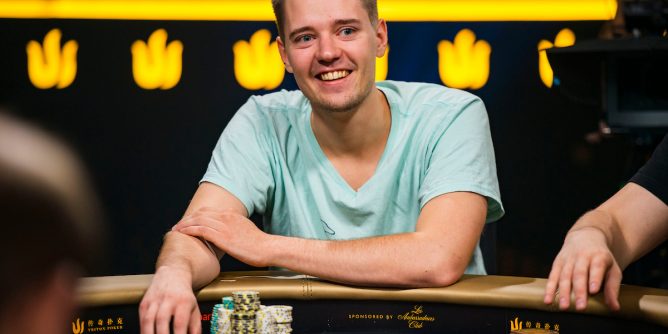 It has been a strange couple of weeks in the high-stakes news cycle. Games above the $100/$200 level on GGPoker have been home to nothing but crickets until last weekend when the crickets were scared off by a flurry of action a the tables.

The world of high-stakes poker seems to have been digesting the allegations of widespread cheating leveled at Ali Imsirovic by Alex Foxen and at Brynn Kenney and his stable by Martin Zamani. These accusations have suggested that collusion, ghosting, RTAs, and possibly even super-users could be rife throughout the high-stakes online world. So, it would be reasonable to imagine the confidence of players might have taken a hit.

However, since the nosebleeds online have an erratic schedule, it would be hard-to-impossible to pin a specific ebb on a given potential cause. But the accusation of Imsirovic and Kenney did coincide with a lull in the action. If this lull was caused by concerns about foul play, that concern seems to have passed for Linus Loeliger and Wiktor Malinowski, both of whom were back in the action this week.

Malinowski has been seen in at least three $400/$800 sessions on GGPoker including one session where he was stuck on Loeliger’s direct left. Isaac Haxton also showed up to this session managing to snag the seat to Loeliger’s left. Malinowski has still managed to be the big winner in most of these sessions.

Loeliger has himself been playing a few PLO sessions. Each time, the pros were able to get a five or six-handed game going for several hours. Occasionally even on multiple tables. Clearly they are not the only ones with some faith in GGPoker’s anti-cheating initiatives.

We also saw Loeliger taking on challenger “Berri Sweet” at $50/$100 heads up no limit hold’em for a bit.

You can watch some of these sessions on Youtube where bCp – Poker Replays occasionally streams the action.

Poker.org covers the highest stakes poker action live and online. If you have spotted and/or taken part in any high-stakes action that you feel should be covered here, please contact Jon Pill at jonpillwrites(at)outlook.com.

Please put “HIGH STAKES” in the subject line and put any relevant information in the body of the email. If possible please include information about the location/site of the game if live, any hand histories, dates/times, and in the case of streamed content any relevant links or timestamps.