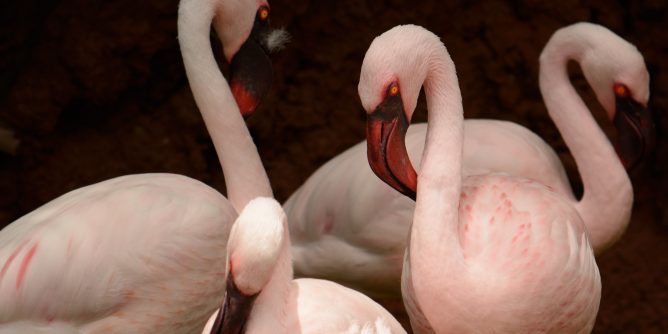 Five U.S. states have issued cease and desist orders against the Flamingo Casino Club in the VR world of the Metaverse. State securities boards in Alabama, Kentucky, New Jersey, Texas, and Wisconsin jointly filed a 22-page cease-and-desist order against the club which has been fishing around for investors.

Among the various accusations made by the state securities boards are that the Flamingo Casino Club failed to disclose its Russian ties to its investors, failed to make promised donations to Ukrainian relief efforts, and claimed to be associated with legitimate businesses when no such association existed.

One of these claims was that the Flamingo in Vegas was involved with the online project. The Flamingo Casino Club is not affiliated with the Flamingo Casino in Las Vegas in any way. Though they do share one similarity. The original Flamingo was in part the work of Bugsy Segal, an infamous gangster and a member of Murder, Inc. The online Flamingo also appears to stem from similar criminal origins according to the cease-and-desist order.

In an interview with CNBC, Joe Rotunda, director of enforcement at the Texas State Securities Board said that, “you’re talking about digital assets and anonymous individuals who are concealing their location. So once the money is transferred, we may not be able to get it back, right? It goes into a black hole through the blockchain. People may lose everything.”

The investments were made by purchasing NFTs minted by the club. On April 13, the site claimed that technical issues had delayed the NFT minting process.

NFTs may be a net positive, but they also allow some shady practices to go untraced.

Investors were promised a stake in an online property in the Metaverse (they claimed to be negotiating a land sale from Snoop Dogg) and a cut of the profits from the casino which would eventually be built there. The plan was to run poker tournaments in the VR world. There were even plans for tennis courts in the digital space.

Perks of investment included NFTs, draws for prizes like Teslas and iPhones, and knowing that some of your money was going to a good cause.

“They didn’t just talk about how they were going to donate to Ukrainian civilians to one person or two people. They publicly proclaimed it. But I haven’t seen any money going to benefit Ukrainians,” Rotunda continued in his interview.

The allegations in the cease and desist are troubling and it does not look likely that there will ever be a Flamingo Casino Club building in the Metaverse. Not does it look like investors will be making much back on their NFT purchases.