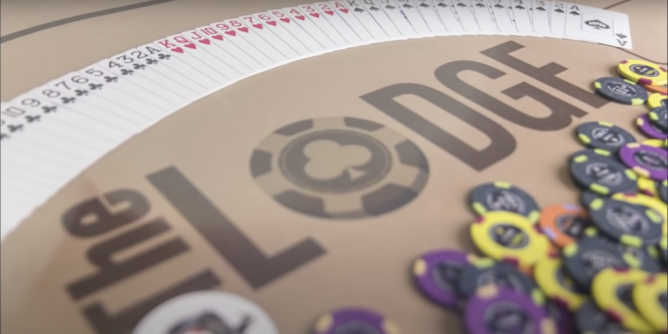 Don’t play drunk, kids. That’s the lesson we learned from the recent live-streamed cash game from The Lodge in Austin, Texas. One player, Adam, managed to burn through multiple bullets at the $10k buy-in table while getting increasingly tired and emotional.

What with money troubles at the 88 Social, bullets flying at its new incarnation, and legal troubles in Dallas, it has been a busy year for Texan poker. But one of the biggest changes came when Doug Polk, Andrew Neeme, and Brad Owen buying up The Lodge in Austin. The Lodge is now one of the biggest poker rooms in the world and is breathing new life into the U.S. live poker scene.

Since the three poker influencers took over, live cash game streams (and the occasional tourney final table) have been beamed out from the club a few times each week. There is a regular $25/$50 to $50/$100 game as well as the prospect of a monthly heads-up game of Doug v. The World.

It was into this $25/$50 game that Adam waded half-cut. The stakes were high, and so was Adam’s blood alcohol level. The grape and the grain were setting the pace that night, with Adam reloading his chips even faster than the plastic cup in his table holder.

The hand in question starts 4 hours and 19 minutes into the stream and can be watched below.

Watching the stream is a lot of fun, but does make one feel a bit like a rubbernecker at a blue light.

It’s all fun and games when Adam busts once, but after Adam loses a $31,900 pot calling an enormous overbet on the flop with the bottom pair-second kicker the fun starts to sour.

It probably wouldn’t fly in freedom-loving Texas, but you can’t help rooting for someone to step in and take away Adam’s line of credit along with his car keys.

The Lodge’s Youtube channel went on to use a super-cut of his drunken hands to promote the poker room and live stream (there is probably a question of good taste to be debated there, an exercise I leave up to the reader).

Adam continued playing for an hour or so longer on the stream. His VPIP continued to be north of about 60% and he finished the five-hour-long stream down by $43,200. That’s a tough loss that probably wasn’t made easier to take by his hangover the next day.

Don’t drink and play, kids. But if you do, please grab the seat to my right.