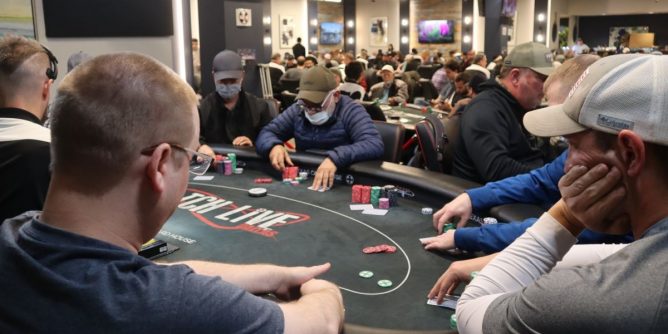 Dallas’s Texas Card House has won its appeal against Dallas’s city attorney’s office and its Building Inspection Division, which has sought to shutter the popular social-poker club by revoking its certificate of occupancy, claiming that the club’s certificate should never have been issued and that the club was a gambling room operating in violation of Texas law. On Tuesday, Dallas’s five-person Board of Adjustment (BOA), overturned the closure order, which will allow Texas Card House and at least two other existing poker rooms in Dallas to continue in operation.

In overturning the revocation of Texas Card House’s occupancy certificate, the Board of Adjustment rebuked the efforts of Senior Assistant City Attorney Gary Powell, who had been asked by unnamed others to “look into” the legality of the social poker clubs’ existence in Dallas. In conjunction with a Building Inspection Division, Powell determined that the clubs actually did violate Texas law.

Exactly how Texas Card House was breaking the law, however, was never addressed. The Board of Adjustment learned that neither Powell’s office nor the Building Inspection Division had conducted any investigation or submitted any evidence regarding Texas Card House’s operations, which had been carefully crafted to fit into Texas’s legal framework. Instead, Dallas’s attorney’s office submitted revised legal opinions on why such social-poker clubs shouldn’t be allowed to operate.

Meanwhile, Texas Card House’s co-founder, Ryan Crow, submitted a mountain of evidence showing how the club took extensive measures to comply with the laws, how it cooperated with city officials throughout the licensing process, and how its ongoing operations remained in compliance with all laws. Crow and Texas Card House received the closure notice in January and immediately appealed while continuing to spread games.

Texas Card House’s arguments won the day. In noting that the club was doing exactly what it had been licensed to do, the Board of Adjustment’s chairman, Dave Neumann, said, “The land use is the same, and the initial approval was for commercial amusement inside for a fee. Nothing materially has changed.”

The trail leading to Tuesday’s hearing likely had its origin in a failed attempt by a different club to open a location in Dallas last year. Champions Social Dallas had planned to open a club just a few miles from Texas Card House’s location, but Champions Social’s planned location was immediately adjacent to an upscale Dallas neighborhood whose compact-bonded homeowners wanted no part of a club on their doorsteps

That led to protests by the homeowners outside the planned Champions Social location, a to-be-renovated former restaurant located in a wedge of far north Dallas that jutted well into pricier suburbia. Champions’ plans drew blowback not only from those would-be neighbors near Dallas’s Bent Tree Country Club, but also from other Dallas and Texas poker clubs, who stated that it was much easier to obtain licensing in less exclusive areas due to the “NIMBY” (Not In My Back Yard) effect.

A few of those other club owners’ also expressed concerns that Champion Social’s efforts to locate into such an upscale neighborhood could boomerang back against other Dallas and Texas poker clubs. That appears to be what happened. As Dallas’s online D Magazine reported yesterday, assistant Building Inspection official Megan Wimer told the Board of Adjustment, “There was a chain of events… where the legality was questioned,” she stated. “There were some public inquiries.”

Wimer was the official who first Texas Card House’s certificate of occupancy, likely at Powell’s request. Though she didn’t name Champions Social, she declared that there were “one or two poker houses that were in the process of applying for permits” when Dallas’s city attorneys decided to reexamine the poker-club situation.

The D Magazine feature draws the lines together in an even more politicized way: So eager were Dallas’s city attorneys to please the upscale neighborhood that wanted to block the Champions Social club, that the city went back and attempted to revoke all the other Dallas clubs’ permits as a form of legal cover. Champions’ application for an occupancy permit was denied last fall, and that would-be club’s owners have since sued the city.

The recent raid that closed the Top Shelf Poker Room in Flint, Texas, near Tyler, less than two weeks ago, also figured into Tuesday’s hearing. Powell attempted to use that raid as a parallel to some perceived image of Texas Card House as a room that was operating illegal.

Powell also declared that one of the problems in the Flint raid was that according to investigators there, Top Shelf was illegally raking the games it offered. That is technically a new legal revelation, not announced by Smith County Sheriff Larry Smith when he spoke about the Flint raid. Top Shelf’s social-media accounts have specifically described that room as being rake-free.

A few Texas rooms have been alleged to use a probably-not-legal workaround regarding rake, such as designating that a rake equivalent be paid to a certain seat at the table each hand, and that seat serves as a proxy for the house’s interest. Whether such a set-up or a rake variation of any sort was in place at Top Shelf remains to be fully disclosed.