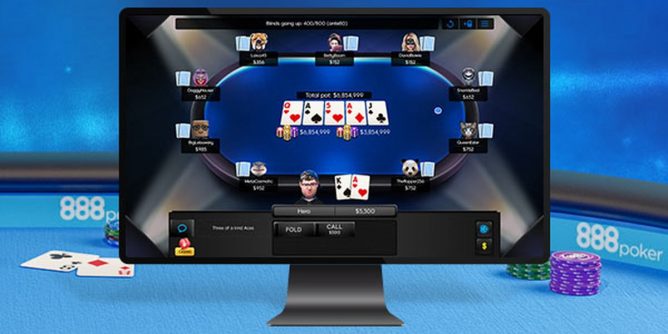 More poker operators have joined partypoker and PokerStars in withdrawing services from Russia in recent days, with 888poker and GGPoker among the latest additions to the list. Options continue to dwindle for players from Russia as that country’s citizens find it increasingly difficult to take part in international financial transactions.

888poker issued a terse notice via Twitter on Monday disclosing its immediate pullback from the Russian market:

All 888poker operations in Russia will be suspended starting March 15th until further notice.

According to emails received by Russian players, they can withdraw existing funds via online wallet MuchBetter, but only through March 17. As of March 18, players in Russia will no longer be able to access their 888poker accounts, for the foreseeable future. The shutdown is planned to be temporary, and 888poker hopes to return, if and when global conditions allow.

GGPoker did not make any sort of announcement regarding its Russian-market plans, but players on that country’s largest poker forum, GipsyTeam.ru, reported receiving an email on Friday telling them that GGPoker is also pulling its services from the country. However, GipsyTeam itself reported that some Russian players may continue to play on GGPoker via a semi-autonomous skin, PokerOK. Most deposit/withdrawal methods remain in place.

None of the sites that have withdrawn from Russia have detailed their reasons for doing so. The primary difficulty remains the removal of online banking services connecting Russia with the rest of the world. For the largest international sites, however, they are either domiciled in or do the large majority of their business in EU/UK/USA/Canada, through countries that also have increasing business sanctions against Russia.

Despite the withdrawal of the largest international sites and networks from Russia, its players are still finding some playing opportunities. A recent feature at GipsyTeam reports that access to the Winning Poker Network (WPN) remains unchanged, though most players from the region access WPN via a lesser-known skin, PokerKing. The smaller Chico Network also remains open to the country’s players at this time.

For some networks, it’s a skin-by-skin decision, often according to where that skin is domiciled. At the iPoker Network, according to GipsyTeam’s latest update, the Guts Poker, William Hill and NetBet skins are among those that have blocked access to Russian players, while the Russia-facing RedStar Poker remains fully available.

Platforms that were designed to run without government oversight or regulation remain largely unaffected by the global economic sanctions against Russia. Those include many small crypto-based platforms. Club- and agent-based offerings such as Poker Bros. and PPPoker also reportedly have no plans in place to block services to Russian players.